Oscar Murillo was born in 1986 in La Paila, Colombia, and lives and works in various locations. Murillo earned a BA (Hons) in Fine Arts at the University of Westminster in 2007 and an MA from the Royal College of Art, London in 2012. His itinerant artistic practice encompasses a variety of media: large-scale paintings consisting of fragments made in different times and places; papier-mâché mateo sculptures reminiscent of Colombian effigies; and multinational collaborative projects with schools in which children draw freely on canvases affixed to their desks. Gaining inspiration from his frequent travels worldwide, Murillo’s diverse outputs possess material qualities, while investigating the fluid notion of identity and community under globalization. 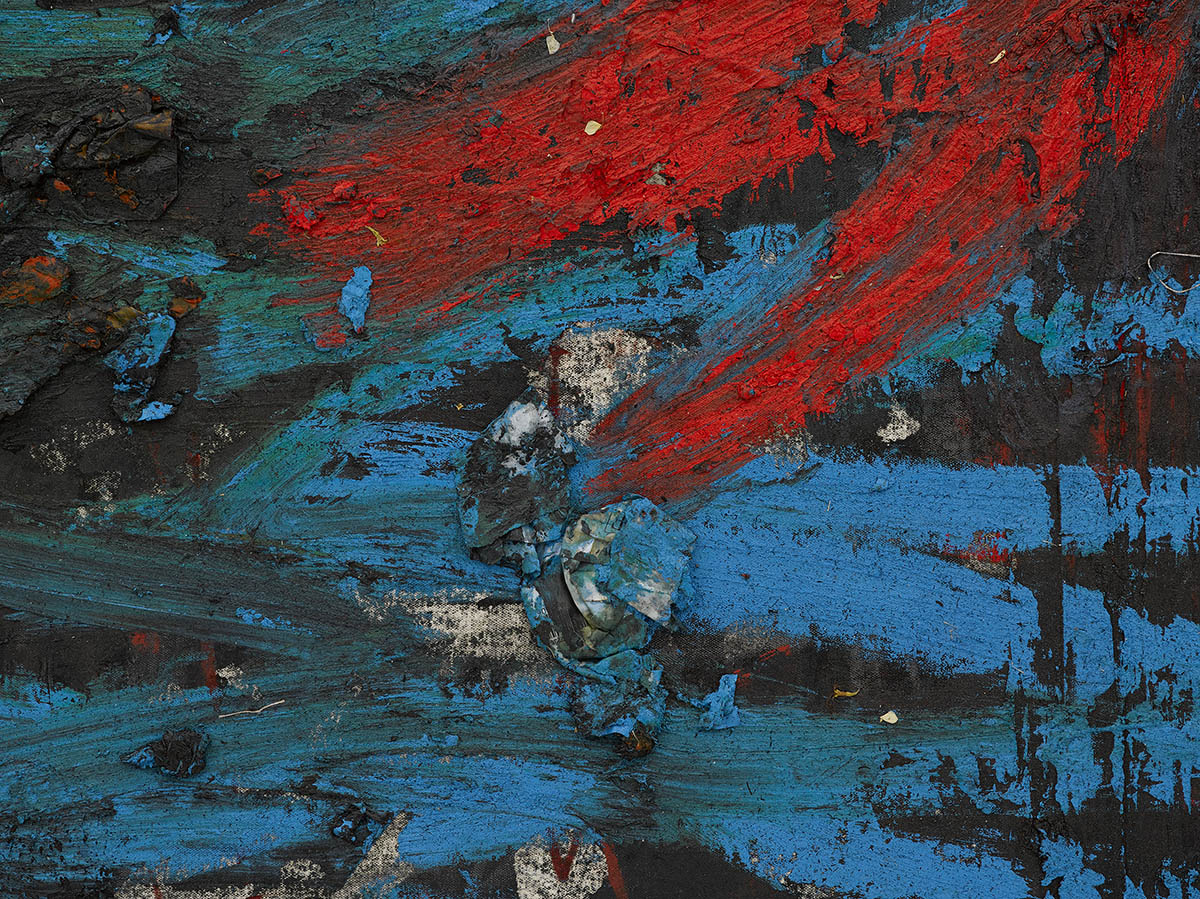 “To Begin Again: Artists and Childhood” 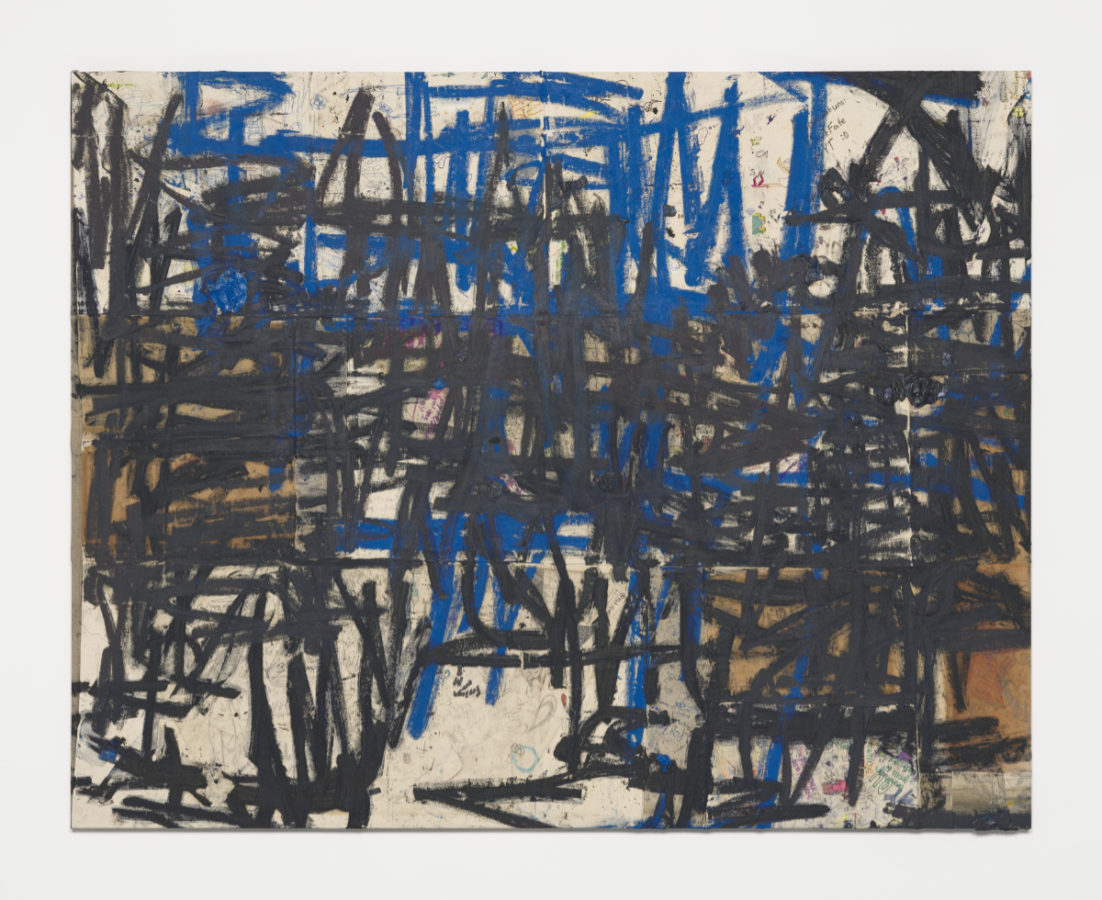 Oscar Murillo “A Storm Is Blowing From Paradise”

“Indigo Waves and Other Stories: Re-Navigating the Afrasian Sea and Notions of Diaspora” 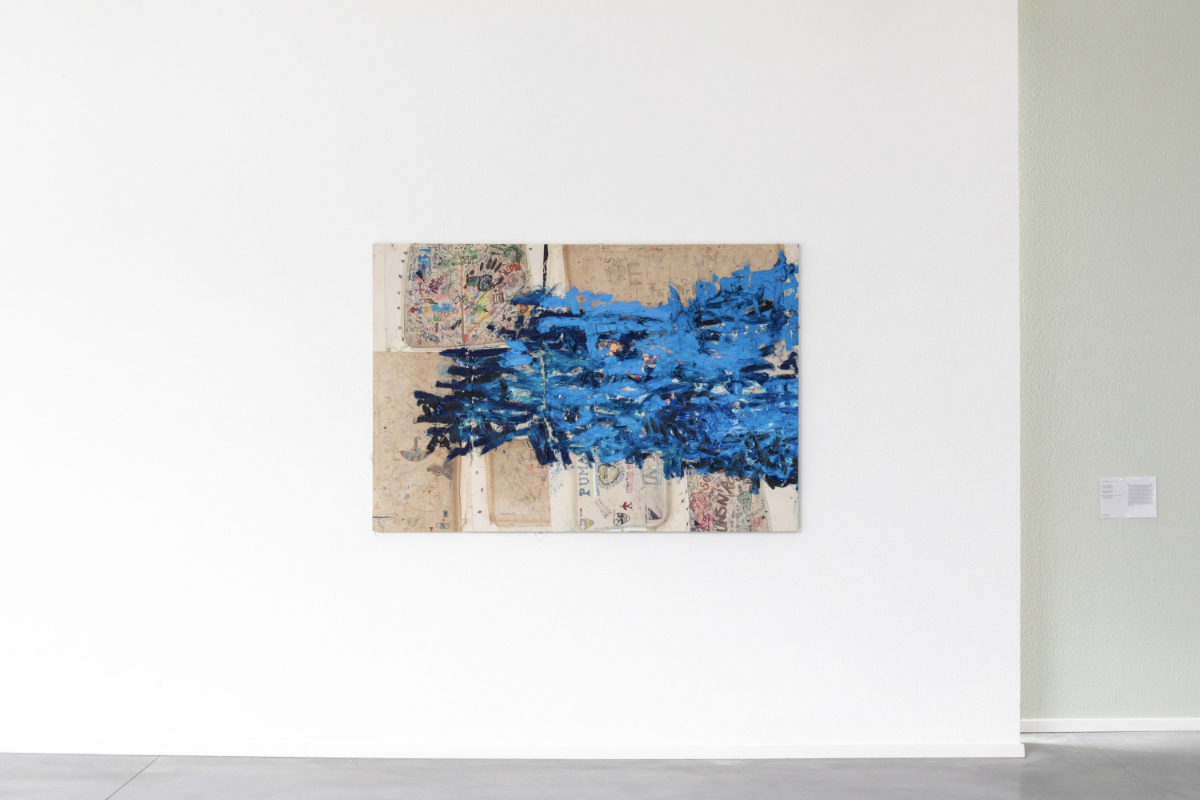 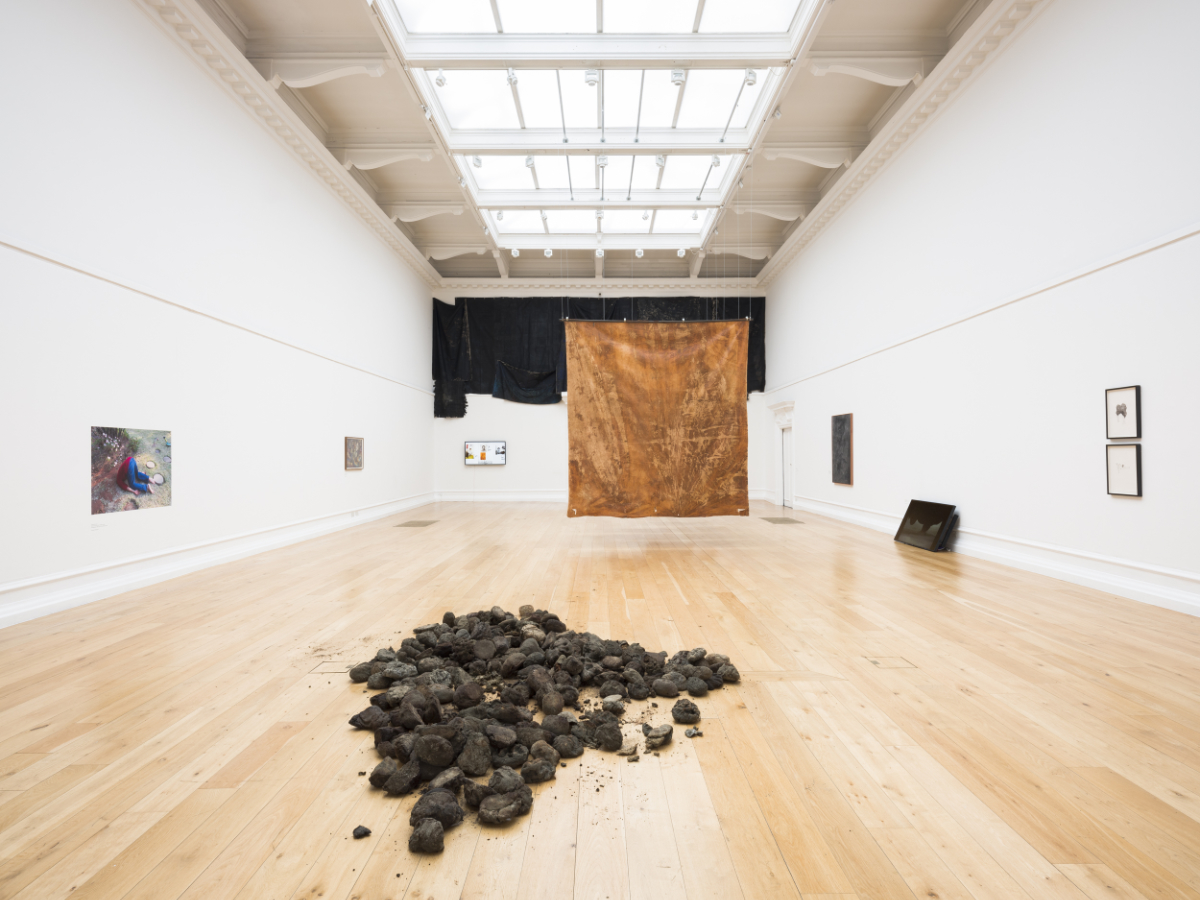 Oscar Murillo “The Show is Over” 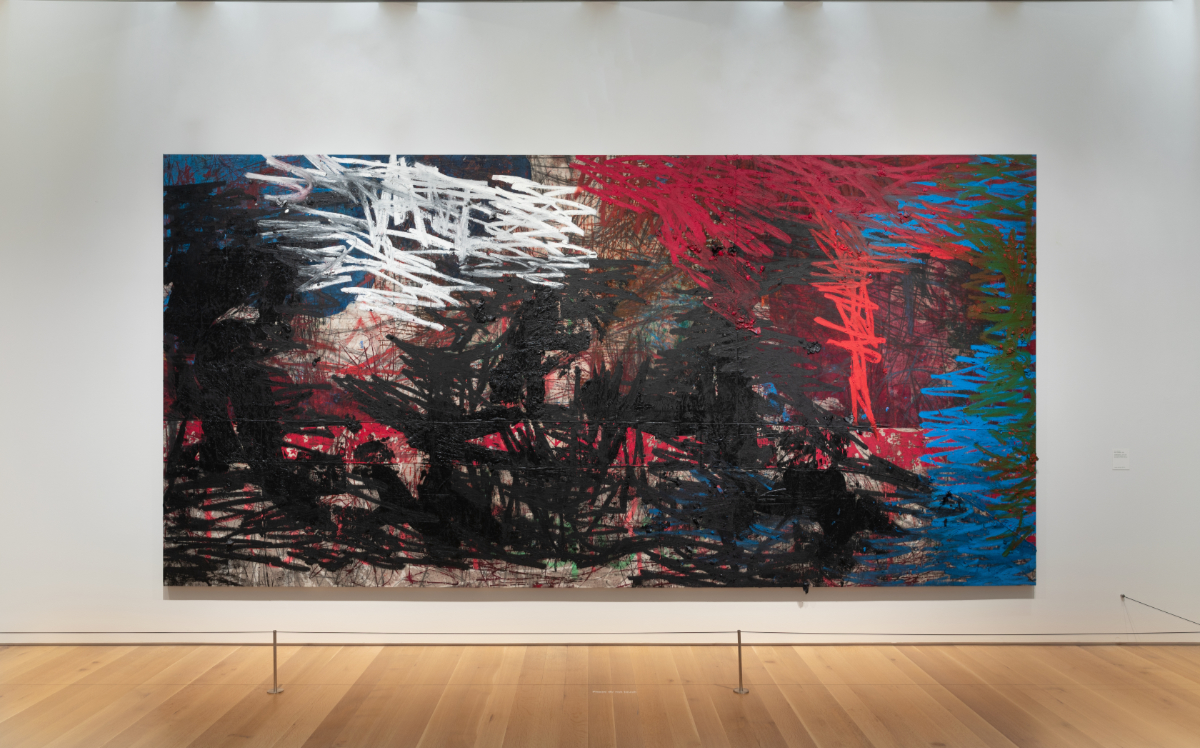 Photo: Courtesy of the artist and Saint Louis Art Museum 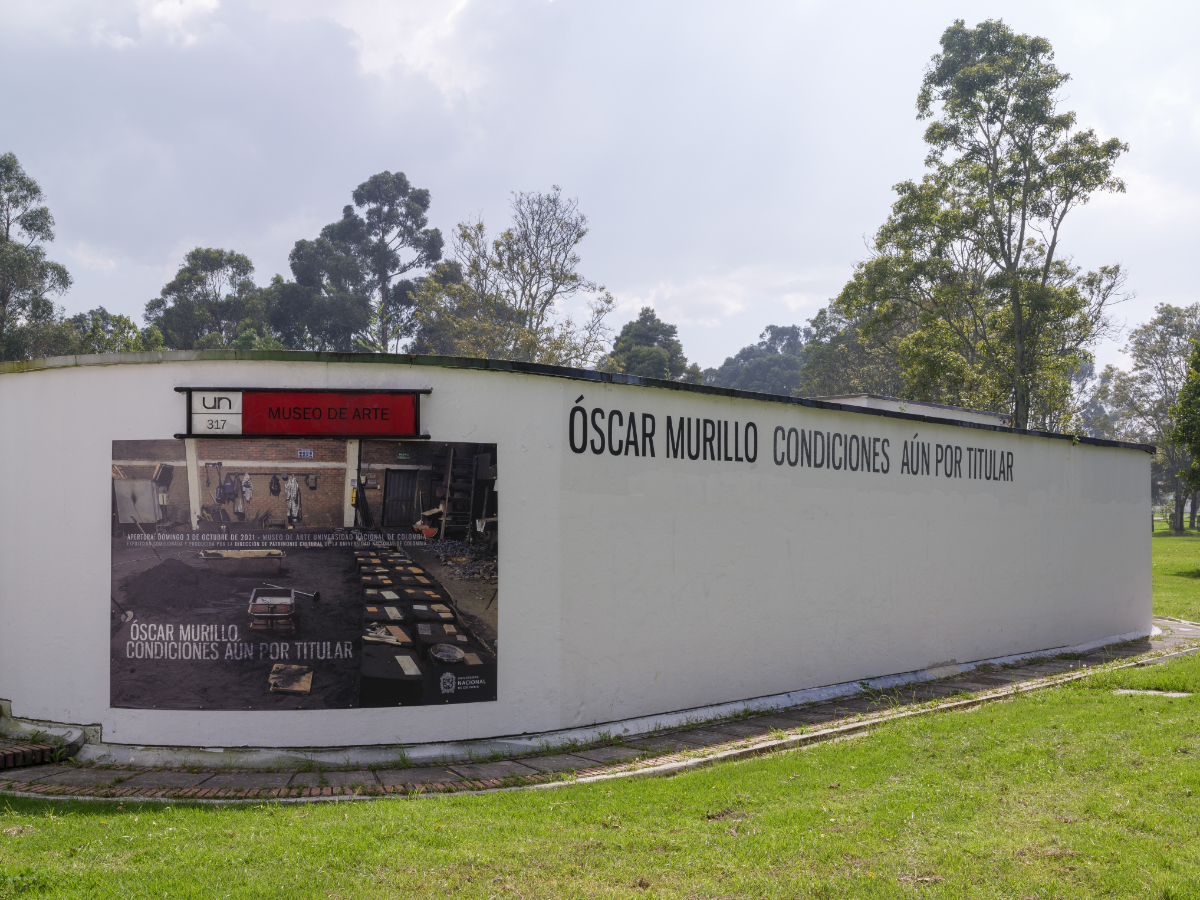 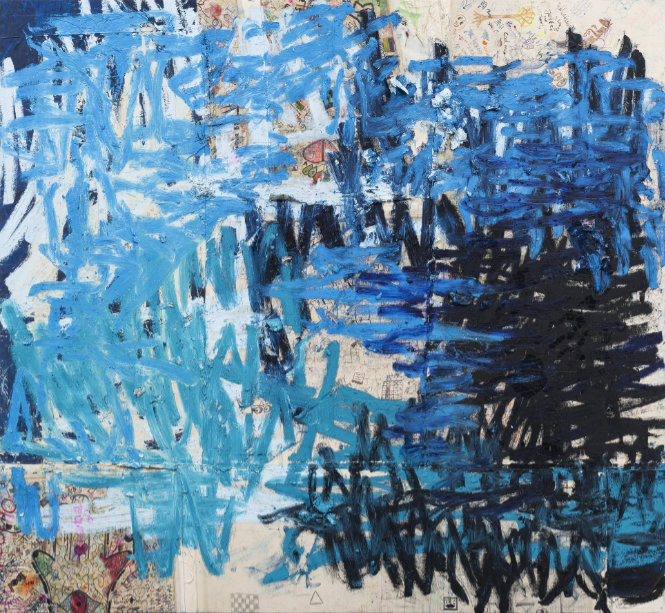