Ed van der Elsken was born in Amsterdam in 1925, and died in 1990. After World War II, he began photographing with his father’s camera. While working broadly as a freelance photographer, he also took many personal photographs of cities. After visiting Paris, he moved to the Saint-Germain-des-Prés area of the city, where he joined the crowd of young bohemians from various countries that was gathered there. Van der Elsken published his first photography book, Love on the Left Bank, in 1956; this work showed young people whose mode of living made them unfit for conventional society. Van der Elsken’s ability to produce undramatic fiction  from everyday reality and his cinematic technique brought him great attention—including from Edward Steichen, then the photography curator at MoMA. Van der Elsken’s reputation was cemented when Steichen selected his work for the famous 1955 “The Family of Man” exhibition. Many of van der Elsken’s works show the life experiences of energy-filled iconoclasts, and his subjective way of showing these people has led him to be viewed as a pioneer of street photography. Among others, Eikoh Hosoe, Kishin Shinoyama and Nobuyoshi Araki have all been influenced by his work. His major photography books include Bagara (1958), Jazz (1959) and Sweet Life (1966). 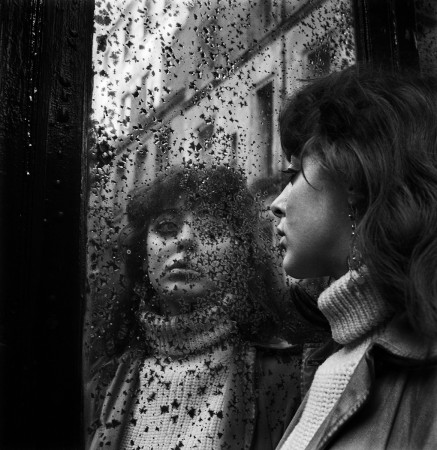