The German artist Martin Kippenberger (b. 1953, Dortmund) had generated a very complex and versatile body of work ranging from paintings, drawings, prints and sculptures to large scale installations by the time he died in 1997. From 1972 to 1976 he studied with Arnold Hauser and Franz Erhard Walther at the Hochschule für bildende Künste in Hamburg. In 1977 he moved to Berlin where he and Gisela Capitain founded Kippenberger’s Büro in 1978. He lived in Paris (1980), Vienna (1983), Cologne (1980s), Carmona/Seville and Madrid (1988), Venice/Los Angeles (1989) and Frankfurt (1992); visited Tokyo (1991) and also, regularly went to stay in St.Georgen (Black Forest) and on Syros (Greece).

Kippenberger’s life and work were to a very high degree linked in a remarkable practice that centred on the role of the artist within the system of contemporary culture. He switched effortlessly between roles such as impresario, entertainer, curator, collector, architect, and publisher. His work reflects not only popular culture, art, architecture, music, politics and history but also frequently involved his own life. In recent years his oeuvre has been subject of several large retrospective institutional exhibitions: at Tate Modern, London and K21 Düsseldorf (2006) and at the Museum of Contemporary Art, Los Angeles (2008) and the Museum of Modern Art, New York (2009). A show in 2011 at the Picasso Museum in Málaga emphasized the interest of Martin Kippenberger in the work of Pablo Picasso. The Hamburger Bahnhof, Museum für Gegenwart in Berlin presented a survey show with the title “Sehr Gut / Very Good” (2013). 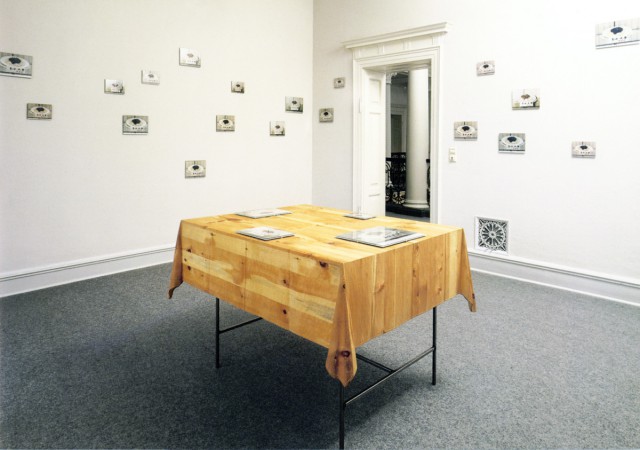