Garry Winogrand was born in 1928 in New York and passed away in 1984. He began photographing while serving in the United States Air Force during World War II. He studied painting in 1947 at City College of New York, and then studied painting and photography at Columbia University in 1948. Starting from around 1952, he worked as a freelance photojournalist and commercial photographer, shooting for LIFE and Look magazines, among many others. Later, under the influence of photographers like Robert Frank, he began to shoot street photographs in New York City on his own. In line with his statement that “Photography is not about the thing photographed. It is about how that thing looks photographed,” from this time on he left behind conventions of documentary photography in favor of representing his immediate societal environment from a highly personal perspective. In 1966, he participated in the exhibit “Toward a Social Landscape” at the George Eastman House of Photography, Rochester with Lee Friedlander and Duane Michals; this was a defining exhibit for new photographic movements of the 1960s. In 1967, Winogrand gained further recognition as one of the leaders of contemporary American photography through his participation in the “New Documents” exhibit at MoMA, with Friedlander and Diane Arbus. His major publications include The Animals (1969), Women Are Beautiful (1975) and Public Relations (1977). 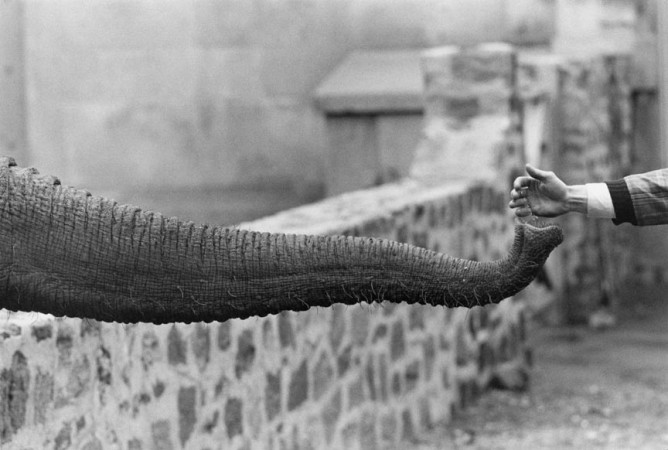